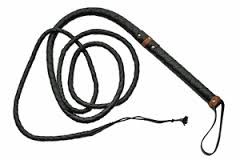 Safety professionals take great pains to engage workers in safety. While it’s true that engaged workers tend to be more concerned about the safety of the workplace worker engagement can only take us so far. And while it’s unfair to blame the injured worker—a tendency far too common—I’ve seen a decide move away from discipline as a response to unsafe behavior.

The mere mention of discipline raises emotions on both sides of the spectrum. On one end there is a chorus of “here! Here!” spouting mouth-breathers who want to blame every injury on stupid workers who can’t follow directions or won’t follow the rules. On the other end we have a bunch of bleeding hearts that want to blame everything but the responsible party. The answer in most cases lies somewhere in between. The correct approach in most cases lies somewhere in between.