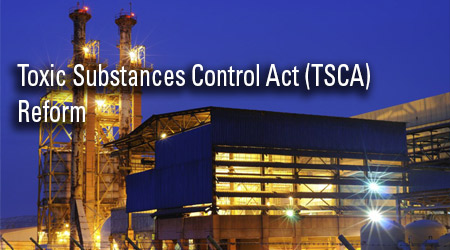 “For the first time in 20 years, we are updating a national environmental statute,” said President Obama before signing the Frank R. Lautenberg Chemical Safety for the 21st Century Act on Wednesday. The president noted that the updated law, the Toxic Substances Control Act (TSCA), which took effect in 1976 “didn’t quite work the way it should have in practice.” That was a vast understatement, particularly in regard to the regulation of existing chemicals. The president pointed out that of the 62,000 chemicals in the marketplace in 1976, only 5 have been banned.

“Five,” said the president. “And only a tiny percentage have even been reviewed for health and safety. The system was so complex, it was so burdensome that our country hasn’t even been able to uphold a ban on asbestos—a known carcinogen that kills as many as 10,000 Americans every year.”

The president added that the new law will do away with an outdated bureaucratic formula to evaluate safety and, instead, focus solely on the risks to public health.

The law passed both chambers of Congress with overwhelming, but not unanimous, support. Pockets of resistance remain, particularly regarding the law’s provision allowing federal preemption of state action on chemicals the EPA is reviewing. Nonetheless, the law made it to the president’s desk despite today’s extremely partisan climate in Washington. The president noted that passage of the legislation revived the bipartisan tradition of the early 1970s when Democrats and Republicans came together to pass “those pillars of legislation to protect our air, and our water, and our wildlife.”

The president specifically thanked the American Chemistry Council and S.C. Johnson, both of which “pushed hard for this law,” noting also that the law “gives them the certainty they need to keep out-innovating and out-competing companies from other parts of the world.”

The law took effect with the president’s signature.  The major deadlines in the law apply to the EPA. As the EPA sees it, the most immediate effect is on the new chemicals review process. The Agency is now required to make an affirmative determination on a new chemical or significant new use of an existing chemical before manufacturing can commence. For companies that submitted premanufacture notices (PMNs) before enactment, which are currently undergoing review, the new law effectively resets the 90-day review period.

EPA’s other deadlines include the following:

Also, the law provides a means for the Agency to collect the money it will need to do all of the above and more. Specifically, the statute allows the Agency to collect up to $25 million a year in user fees from chemical manufacturers and processors in addition to supplements approved by Congress.

The new TSCA law is here.