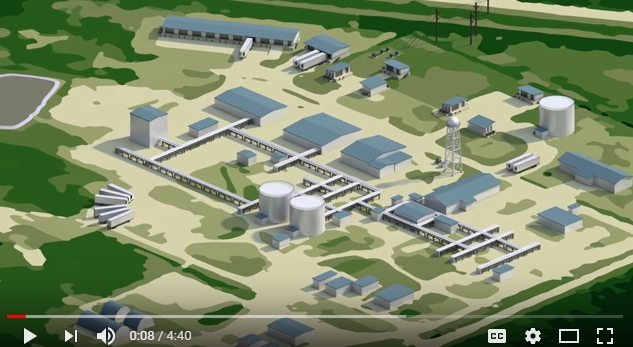 Our investigation of this type of disaster is somewhat new ground for the CSB.  You may recall, however, that as Hurricane Harvey was approaching the Gulf Coast, a number of the industrial facilities in the region were making plans to shut down all or part of their operations.  That’s when we re-issued a safety bulletin about startup activities.

Based on our investigative history, we know that quick shutdowns and startups are opportunities that can expose these systems to greater risk, which if not carefully managed, can result in a major industrial incident.

There are a significant number of chemical plants and refineries that lie within the direct path of major storms like Hurricane Harvey.  Many of these plants and facilities are all interconnected.  So, a major disaster in one facility can have a cascading effect on fuel and other commodity productions and storage, which can be disruptive to the regional and national economy.

There are major lessons to be learned from this event that can be shared within the industry to better prepare for future severe weather and environmental events.

In a few moments, I’m going to play a short animation that will show how the events unfolded in Crosby over the course of the storm.  But let me provide a brief update on our investigation to date.

A two-member team deployed to Houston on September 5, 2017, and arrived on-site September 6, 2017. The team photo-documented the site, identified evidence of interest, and had initial company meetings.

The CSB remained on site over the following two weeks in order to collect evidence and conduct site interviews. The last week of October the team conducted interviews at Arkema’s corporate headquarters in Pennsylvania. At this time, the team has concluded interviews and activities at the Crosby site.

As you can see from the timeline we are releasing today,  the water rose so rapidly at the Arkema site, that the first combustion occurred less than 72 hours after flooding commenced.

The facility was not prepared for such heavy rainfall which led to a rapid flood rate. Facilities across the Gulf Coast experienced similar problems.

As tropical storms in the Gulf of Mexico increase in frequency or intensity, it is imperative that facilities have effective emergency response procedures in place. The backup generators at Arkema were elevated 2 feet off the ground, whereas the flooding exceeded 3 feet in the vicinity of the generators.

There is a valuable lesson that facilities in the Gulf and elsewhere should note:  Reassess continuity of operations plans and worst case scenario assumptions.

Plan and plan again. Don’t be lulled into a false sense of safety by thinking that “it can’t/ won’t happen here.”  We hope to share additional, more comprehensive lessons in the near future. 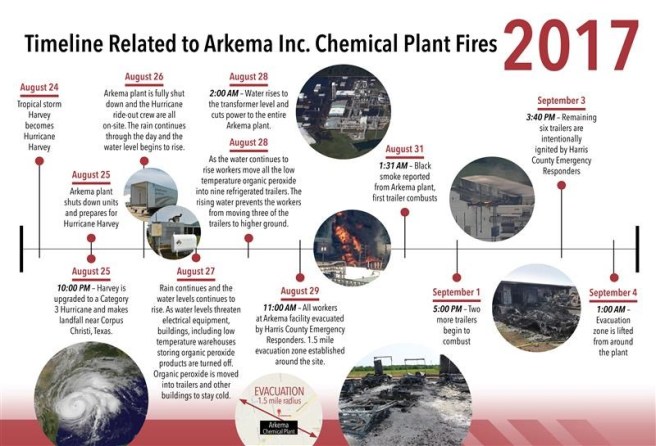