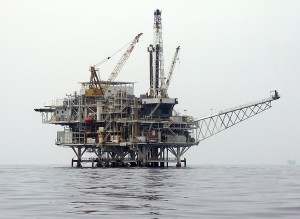 Government regulators issued a final set of safety rules for offshore drilling Wednesday, fine-tuning a series of emergency measures put in place after the BP oil spill in 2010.

Oil industry groups reacted tepidly, saying they were still poring over the 137-page rule released by the Interior Department. Some environmental activists, meanwhile, panned it, calling it insufficient to prevent another catastrophe such as the explosion on the Deepwater Horizon rig that killed 11 people and caused 200 million gallons (757 million liters) of oil to leak into the Gulf of Mexico.

The safety measures are intended to make sure oil flow can be stopped if there are problems. They deal with how the wells are designed, and how the cement and barriers used to secure them are tested.

The rules also require that blowout preventers, which failed in the 2010 disaster, be independently tested by a third party to ensure they are capable of cutting off the flow of oil.

“Today’s action builds on the lessons learned from the Deepwater Horizon tragedy and is part of the administration’s all-of-the-above energy strategy to expand safe and responsible development of America’s domestic energy resources,” Jim Watson, director of the Bureau of Safety and Environmental Enforcement, said in a statement.

The biggest change to the interim rules deals with industry standards that were broadly referenced as part of the rule. Industry groups, including the American Petroleum Institute, argued the rule was confusing and could introduce new risk into the system. The interim rules made mandatory some measures that the industry had made voluntary. The result was that some measures appeared to conflict with each other.

The revised rules released Wednesday restored the industry’s distinction between “should” and “must.”

Watson said the changes incorporated input from stakeholders, suggestions from the public and recommendations from investigations that followed the spill.

The Interior Department said the final rules will cost the industry about $131 million annually to comply, or about $53 million less than the emergency rules. Among the changes, the department trimmed by about $86 million its estimate for how much it will cost to test remotely-operated underwater vehicles, such as those that provided video feeds of oil spilling into the Gulf in 2010.

“We are reviewing the rule and hope that they carefully considered the language used in the document to allow certainty and clarity for the industry,” said Reid Porter, a spokesman for the American Petroleum Institute. “Our No. 1 priority is safety.”

But environmental activists said even the positive elements of the rules were undermined by a lax inspection system and paltry fines that the industry will laugh off.

“They basically said to the oil industry, ‘OK, I guess we’re going to have to regulate you,’ and the industry said, ‘OK, here are some things that won’t hurt too much,”’ said Jacqueline Savitz of Oceana, an international ocean-conservation group.

Offshore drilling has become highly politicized, pitting those concerned about the practice’s safety against those who argue for increased domestic energy production amid a weak economy. President Barack Obama issued a moratorium on offshore drilling in the wake of the BP spill, but reversed it months later when the emergency rules were put in place.

More than 750 permits for offshore drilling activities have been approved since the Deepwater Horizon spill.